On the east side of Galvin Parkway is the entrance to the zoo and the parking lot for anyone wanting to hike to Hole in the Rock. Of course, I had to make the climb and Richard accompanied me. I saw some people climbing on the slick face of the rock, but we found a more gradual path that wound around the left side. 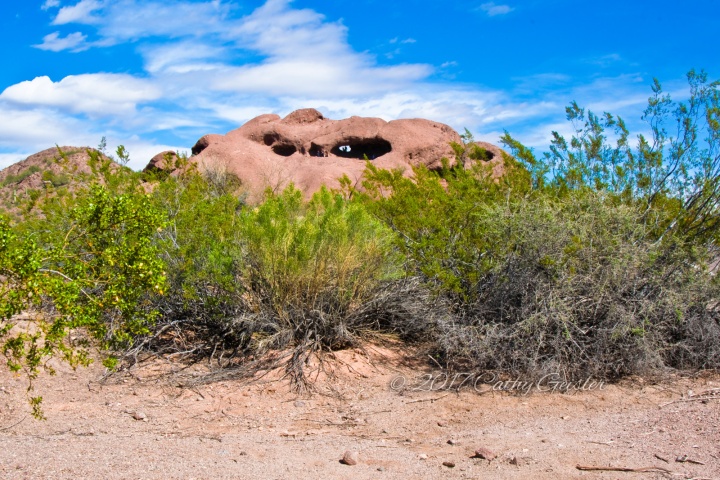 The view from the parking lot shows a few people up in the hole that had the same idea.

We climbed around the back to the shady side and looked through the hole at a jet landing.

Richard followed me through and I caught his silhouette from the side of the hole.

I had read about this smaller hole above the hole everyone walks through. Apparently, during the summer and winter solstices, the sun shines on something special. I guess I know where I’m going to hike next December. [Post from my return visit here.]

Then we drove across Galvin Parkway to the rest of Papago Park and hiked around this butte.

The special ops vehicles parked at the base of the butte reminded us to be careful and make sure to drink water. After a nice conversation with an elderly local couple under a ramada we continued with our clockwise hike. 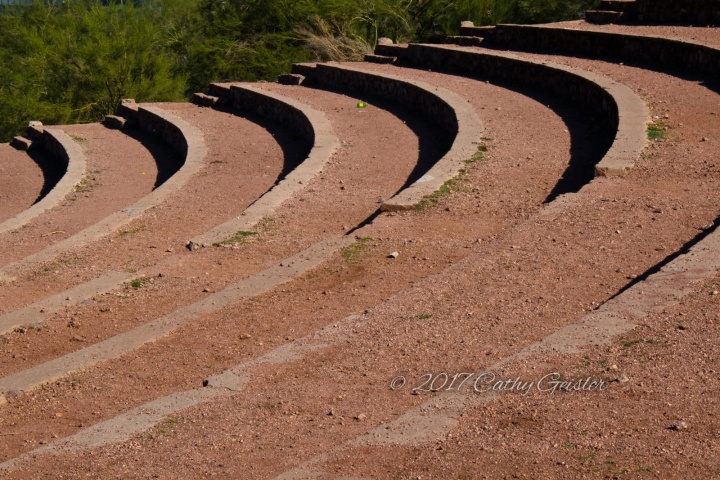 Behind the butte was a large amphitheatre built into the hill on the shaded side. We imagined some of the performances there.

Near the amphitheatre was a sign on the trail warning of bees in the area. This is the first time I have ever seen honeycomb in the wild. The indent in the rock would provide a cool, dry, dark place to make honey. 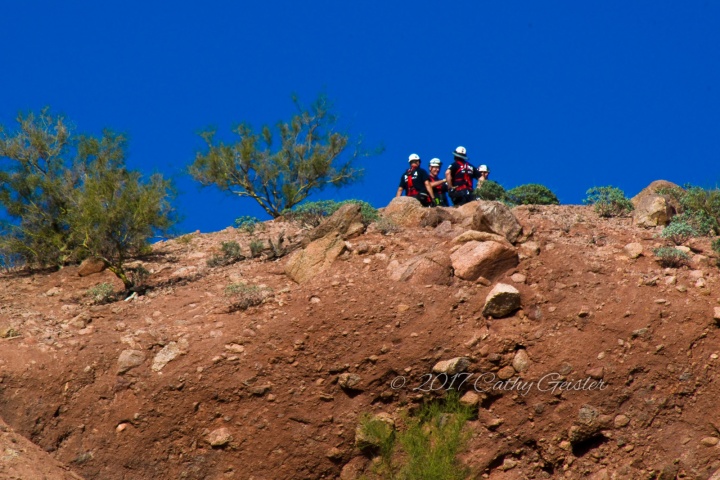 It appeared the special ops guys had everything under control above us.

By the time we reached our car, a large helicopter was circling the butte.

One thought on “Hole in the Rock at Papago Park”